Over the years mobile development has established a reputation as one of the most popular areas of software development.

According to Digital 2020 Reports by We Are Social Inc. and Hootsuite Inc., the number of Internet users worldwide is increasing by 9 people per second. This means that more than 800,000 people join the global online community every day using desktop or mobile devices. Interestingly, the latter option is becoming more and more popular every month.

The penetration of smartphones into everyday life is growing all over the world. The simplest explanation for this state of affairs is the change in our lifestyle. We are spending more time on the Internet than ever before. Almost everyone has access to a smartphone or tablet. Given that the average user spends almost 7 hours a day on the web, it's no surprise that more than half of this traffic comes from mobile devices.

This, in turn, pushes the mobile app market to grow. The preference for mobile apps results in pretty impressive numbers. According to the report by Statista, global mobile app revenues in 2020 made almost $ 582 billion and paid downloads and in-app ads are expected to generate more than $ 935 billion by 2023.

Applications are popular not only among modern Internet users, but also are quite profitable for their owners. If we tie these two factors together, we can conclude that almost any business development strategy can involve building an application. The dilemma, however, is choosing the right mobile app development path. One of the first steps towards digital success is deciding on a mobile operating system. Today Android and iOS remain the only major players: together they account for about 99% of the total mobile operating system market share. According to various statistics, Android wins in terms of the number of users, but there is no shortage of iOS supporters, which has a market share of 25.75%. While the Google Play Store boasts a large number of apps (2.5 million), the Apple App Store contains over 1.8 million apps. This fact alone is enough to show that neither of the two platforms should be overlooked.

Since the choice of a mobile operating system is a matter of personal preference for users, and not a matter of performance or accessibility, it will make sense to eventually create a mobile app for both Android and iOS - and in this article, we will talk about the possibilities of creating such applications.

What is cross-platform development?

As we have already mentioned there are two major device platforms to build mobile applications - iOS and Android. Traditionally apps for each of these platforms must be built separately because each operating system uses a different code language not recognized by the others. On the other hand, if you want to reach both types of users, you will have to create two separate applications but this approach goes along with a number of disadvantages:

But the good news is that nowadays it is absolutely possible to program on one universal language which can be used by different devices. So let’s have a closer look at the idea of “cross-platform development” and consider its benefits these days.

Cross-platform is the ability of software (in our case, mobile applications) to run on multiple platforms. Cross-platform apps are made with a single codebase and work similarly on every operating system – iOS and Android. Cross-platform development does not involve writing code in a native programming language, but it provides a native-like experience through a visualization interface using its own control elements. 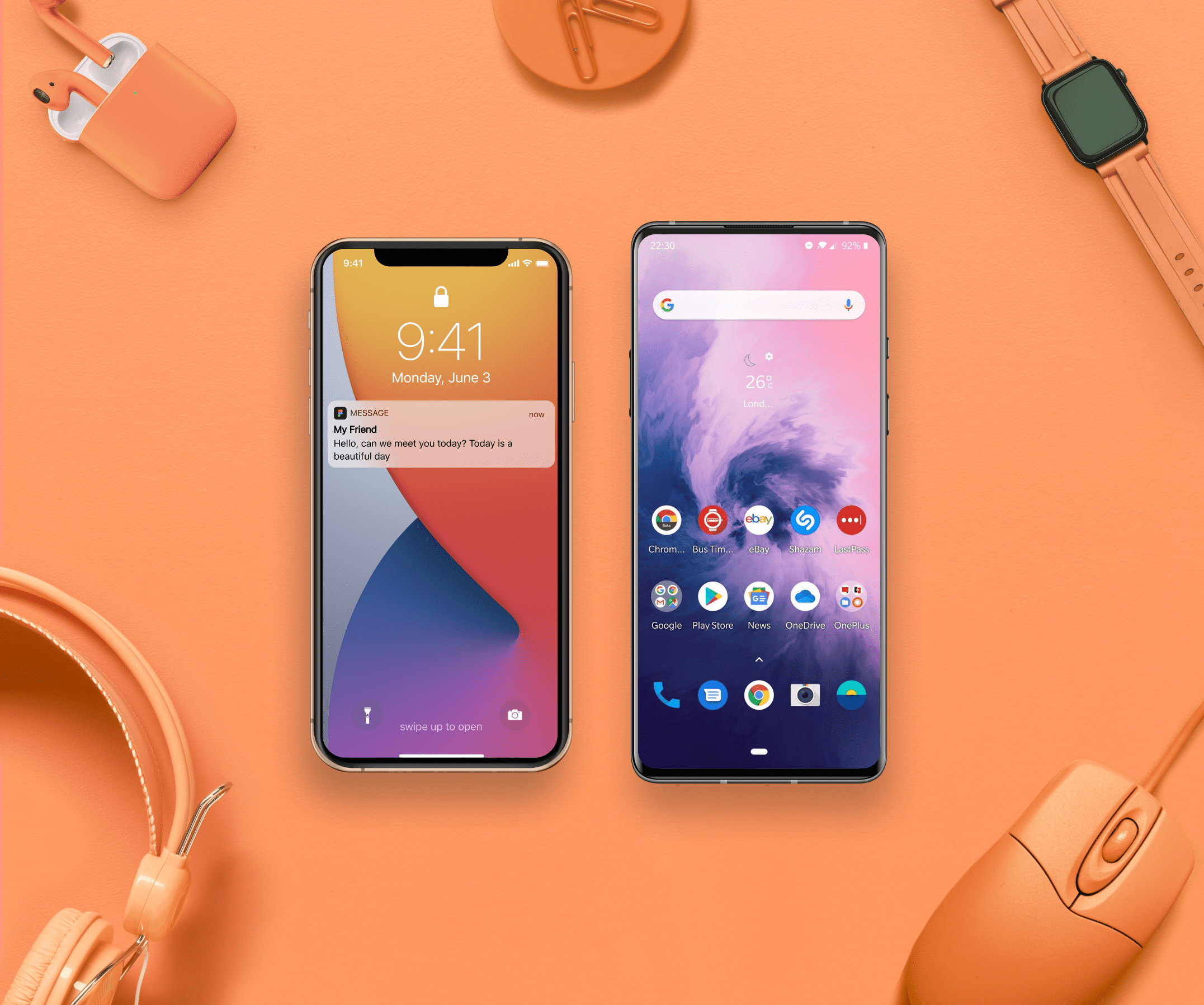 Native app development provides for the use of designated languages such as Swift and Objective-C for iOS and Java or Kotlin for Android. A cross-platform app is written in one framework and works on Android in a similar way as it does on iOS. The leading technologies for cross-platform mobile app development are Flutter (from Google) and React Native (from Facebook). They both are highly rated for particular benefits like amazing performance, hot reloads and almost native UI design. Check our blog for updates to learn more about Flutter and React Native.

Over the last years, cross-platform mobile development has earned a reputation as one of the most popular areas of software development. It is expected that the demand for cross-platform applications in 2021 will surpass the figure of $7.9 Billion.

The cross-platform approach provides a number of advantages highly appreciated by programmers as well as project owners. So let’s consider the major benefits:

What are the commercial risks of choosing cross-platform development?

It should be mentioned that cross-platform development is a comparatively new area therefore you might be confused about the possible risks. But what we would recommend from our practice and experience is to make sure you have a clear vision of the product prior to the development. That is why it is extremely important to carry out the discovery phase as it is the essential stage of the project, which helps you to get into the functionality of the product you want to develop and the stack of technologies which is needed as well as it will help to avoid financial losses and lots of problems in the further development process.

It is no less important to hire a reliable and trustworthy business partner. If you need expert advice or recommendation on the best working technologies for your app you can take the advantage of IT-outsourcing to cover your business needs.

At LinkUp Studio, we have a dedicated team of professionals, who have considerable experience in cross-platform development. We offer an advisory approach to each and every one of our customers, and our knowledge will help you build a digital product you have always intended to.

If you have an idea to discuss or you are looking to develop a cross-platform mobile app you can contact us and we will do our best to help you find the perfect solution for your business.